This site uses cookies and other tracking technologies to assist with navigation and your ability to provide feedback, analyse your use of our products and services. 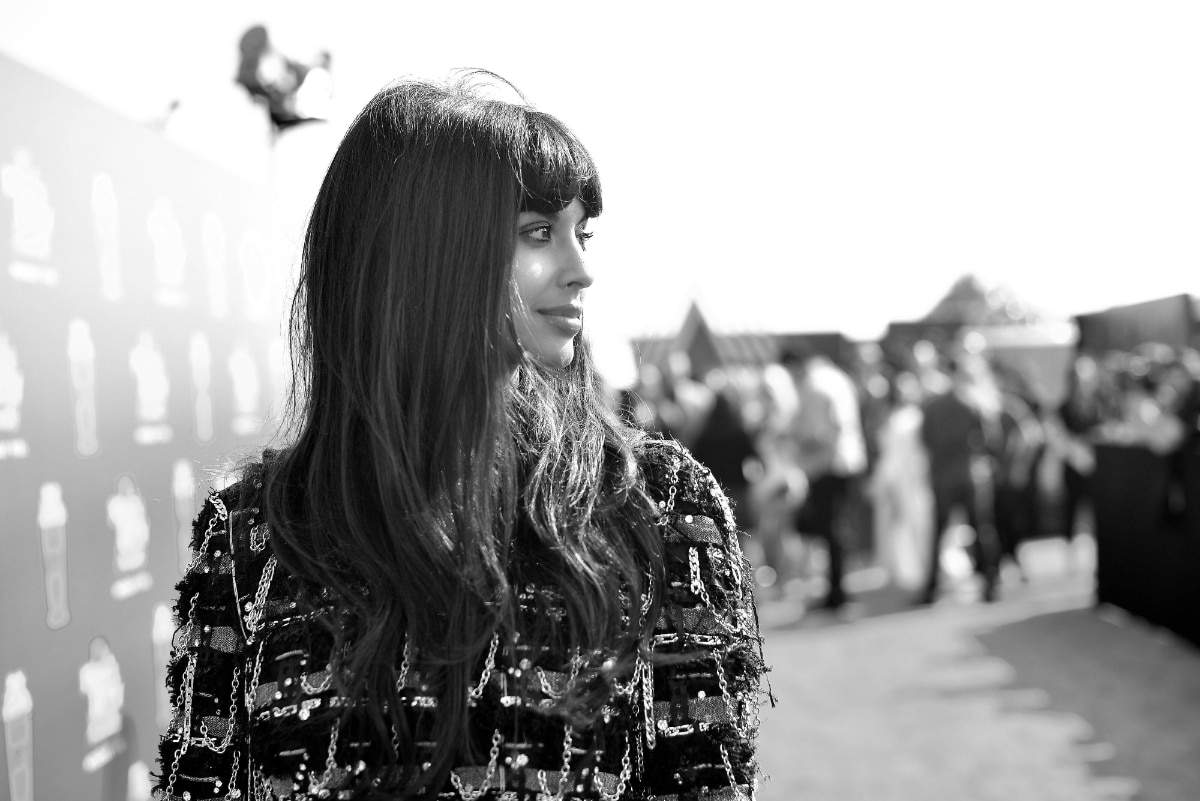 What Is EMDR Therapy? Jameela Jamil Reveals It 'Saved Her Life'

Jameela Jamil has revealed EMDR therapy “saved her life” in a candid post shared on Instagram, where she told her followers: “It’s ok not to be [ok]”.

“If you should be lucky enough to access any mental healthcare, I would urge you to spend your money on that before anything else that isn’t a necessity for your life,” she said, adding that therapy “saved my life”.

In the UK, EMDR is recognised as a treatment for PTSD by the National Institute for Health and Care Excellence (NICE) and is offered on the NHS.

Dr Anna Redding, a consultant clinical psychologist and accredited EMDR therapist, describes it as “a bit like a laser beam”, and says it “really get to the heart of things”.

[Read More: How To Access Free Therapy In 2019 If You’re Struggling With Your Mental Health]

What Is EMDR Therapy?

EMDR involves making side-to-side eye movements, while recalling a traumatic incident or memory. It’s a relatively new treatment that has been found to reduce the symptoms of PTSD – although clinicians cannot fully explain why.

Dr Redding, who practises EMDR for the NHS and through her private clinic, and is a member of the Counselling Directory, says although it is predominantly used for people diagnosed with PTSD, it could also help those with obsessive compulsive disorder (OCD) and, in some cases, psychosis. It can be used to treat people who haven’t been diagnosed with PTSD, but have lived through traumatic experiences, as well as those with phobias – for example, a fear of flying.

Despite there being multiple theories, there’s no definitive explanation as to how and why it works. “It’s a little bit weird and wonderful,” says Dr Redding.

“The premise of PTSD is that the normal memory-processing got ‘stuck’ when there was an overwhelming traumatic experience,” she explains. “This doesn’t happen for everybody but for those where it does, the memory can’t get processed properly. And this is what causes the flashbacks, the intrusions, the nightmares, etc.”

This happens through the eye movements or, in some cases, another action – this could be tapping the sides of a person’s knees, listening to alternating sounds through headphones or holding alternating buzzers in each hand.

A therapist may sit diagonally to a client, for example, and wave their finger backwards and forwards in front of the patient’s face (or carry out another repetitive action), while the client is thinking about a traumatic memory.

Therapists will follow a rigid EMDR protocol until the distress is resolved. This may take a handful of therapy sessions – or tens of sessions – depending on how many traumatic memories there are.

Patients will typically be provided eight to 12 EMDR sessions, according to NICE, although more may be necessary if they have experienced multiple traumas.

There are three ways you can access this type of therapy in the UK, says Dr Redding. Firstly, through the Improving Access to Psychological Therapies (IAPT) programme, where people can self-refer. This type of service is mainly for people who don’t have complex traumas and might instead have a trauma focused on a one-off event, like a car accident. “Waiting lists would vary from two weeks to a few months,” Dr Redding says.

The second route is through a community mental health team, and this would be for people with complex trauma, multiple traumas or disassociation. “The referral for that has to come through a GP,” says Dr Redding. Despite attempts to keep waiting lists short, they can be anywhere between 18 weeks to a year.

Another route for those able to afford it is to go private. The cost can be anywhere between £70 and £100 per session, depending on the accreditation of the therapist.

“What EMDR is going to do is say: in order to process this, we have to help you look at it.”

Like most types of therapy, EMDR doesn’t work for everyone. Everyone needs to treat it with respect and caution, advises Dr Redding. “It’s difficult, it’s not easy work,” she says. “Ultimately a lot of people want to avoid this stuff, nobody wants to think about the traumatic things that have happened to them – we want to try and block these things.”

By its very nature, PTSD won’t let you block them. “What EMDR is going to do is say: in order to process this, we have to help you look at it,” she says. “Lots of emotions can come up, body sensations can come up, and that can be very difficult for people. So it’s important they’ve got the skills in place to manage what’s going to come up – and those skills can be taught in therapy if they don’t have them already.”

It’s also crucial to make sure you’re dealing with a qualified EMDR therapist who is accredited. “There are some therapists out there saying they do EMDR and it’s not EMDR at all,” she adds.

If you don’t feel comfortable or ready to address those emotions, Dr Redding advises waiting until you are, adding: “EMDR isn’t going to go anywhere, the therapy will always be there.”

LEAVE ME A MESSAGE